States’ Use of Cost-Benefit Analysis 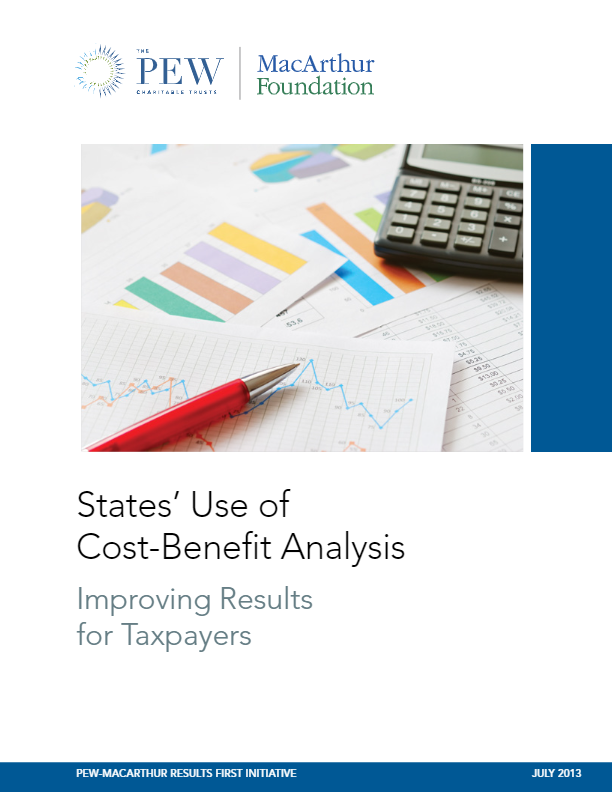 States’ Use of Cost-Benefit Analysis

This first-of-its-kind study measures states’ use of cost-benefit analysis The approach compares the expense of public programs to the returns they deliver, enabling policymakers to direct limited dollars toward the most cost-effective programs and policies while curbing spending on those that have proven to be ineffective. This report is intended to serve as a resource for policy leaders seeking to expand their use of cost-benefit analysis and as a baseline for future studies of states’ progress in using rigorous evidence to better inform tough budget and policy choices.

The analysis included a systematic search and assessment of state cost-benefit studies released between 2008 and 2011.

Results First’s researchers also conducted interviews with legislative and program evaluation staff, legislators, executive officials, report authors, and agency personnel to better understand the use and influence of cost-benefit analysis in the states.

The three criteria used yielded a baseline assessment of states’ commitment to conducting and using cost-benefit analyses. For each criterion, as well as the aggregate of all three, states were ranked as either leading the way, having mixed results, or trailing behind. 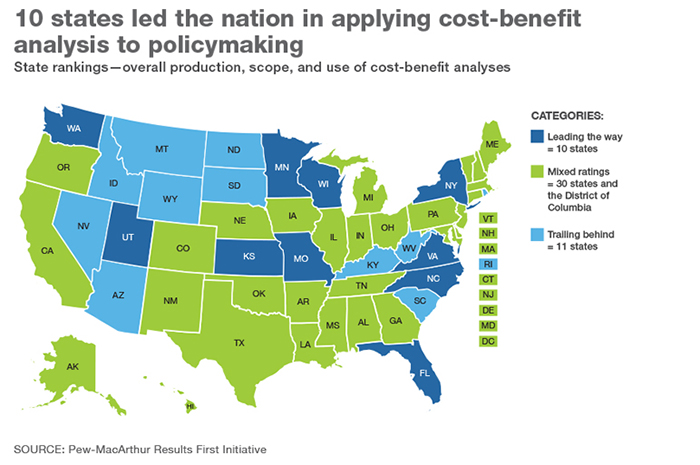 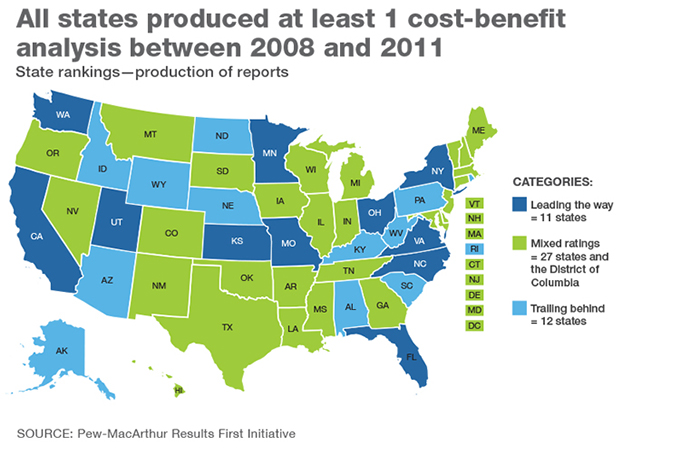 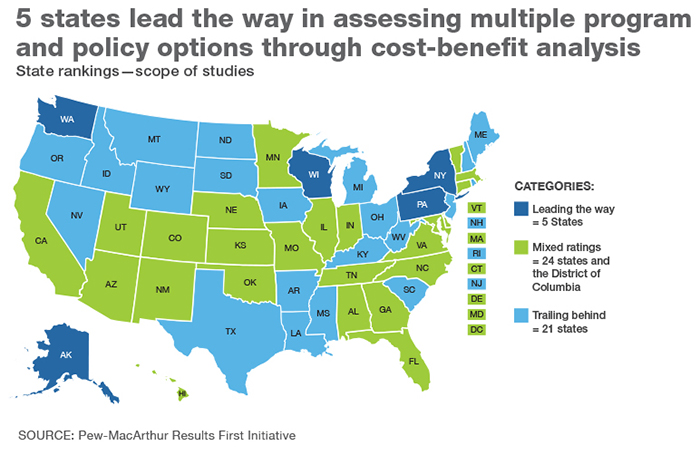 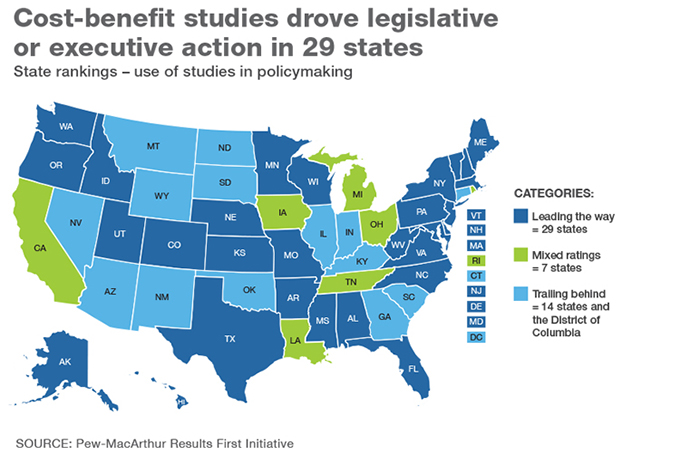