How States Engage in Evidence-Based Policymaking 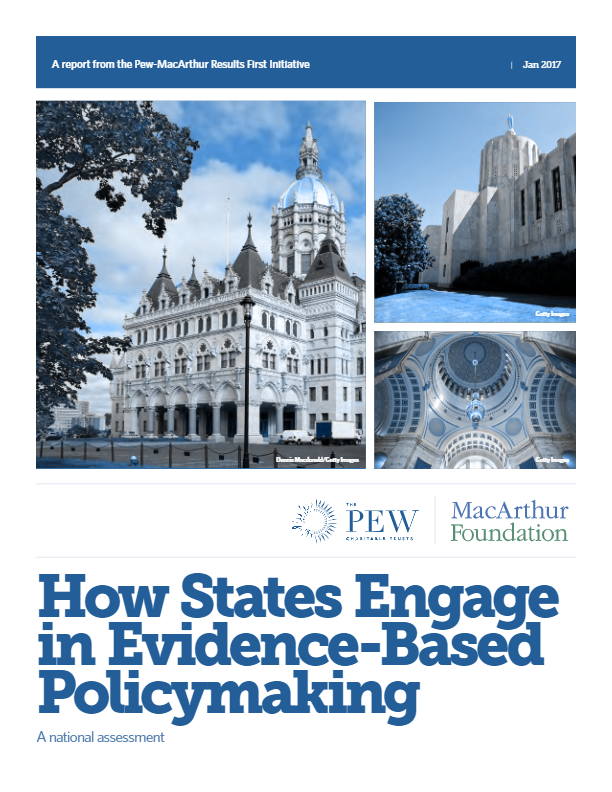 How States Engage in Evidence-Based Policymaking

Evidence-based policymaking is the systematic use of findings from program evaluations and outcome analyses (“evidence”) to guide government policy and funding decisions. By focusing limited resources on public services and programs that have been shown to produce positive results, governments can expand their investments in more cost-effective options, consider reducing funding for ineffective programs, and improve the outcomes of services funded by taxpayer dollars.

While the term “evidence-based policymaking” is growing in popularity in state capitols, there is limited information about the extent to which states employ the approach. This report seeks to address this gap by: 1) identifying six distinct actions that states can use to incorporate research findings into their decisions, 2) assessing the prevalence and level of these actions within four human service policy areas across 50 states and the District of Columbia, and 3) categorizing each state based on the final results. 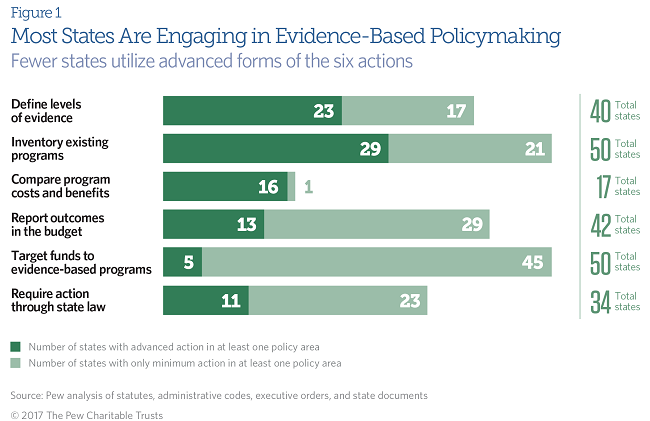 Although many states are embracing evidence-based policymaking, leaders often face challenges in embedding this approach into the decision-making process of state and local governments. This report identifies how staff and stakeholder education, strong data infrastructure, and analytical and technical capacity can help leaders build and sustain support for this work and achieve better outcomes for their communities. 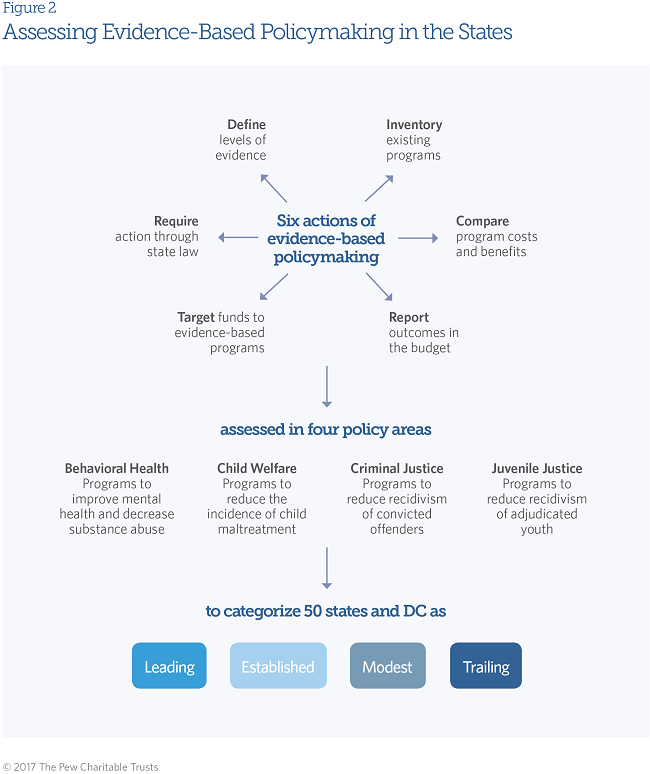